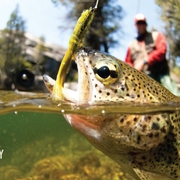 Last Friday was the first official day of Fall but the 90 degree temperatures made it feel like mid-summer.  Luckily the fish don’t think so due to the shorter periods of daylight and cooler water temperatures that preceded this heat wave.  The current conditions set anglers up for multiple fishing opportunities - from trout eating hoppers to big smallmouth chowing down before the cold to chinook salmon and lake - run brown trout migrating out of Lake Michigan to spawn.  With a cold front coming in midweek, trout and salmon will definitely become more active.

Trout fishing has been good recently, the question is how do you want to fish and what do you want to catch fish on.  For the technical dry fly angler, some streams have had tricos hatching in the morning, and on cloudy afternoons and in the evening blue wing olives have been hatching.  Late morning until 5PM the hopper fishing has been productive using a hopper/dropper combo, a single hopper, or going smaller with an ant or beetle pattern.  Streamer fishing by the deadfalls, lunker structures, and in deep holes has been productive especially during early morning and evening - as temperatures cool down this will only get better.  Nymphing as always has been good with a lot of fat and happy fish.

For those who want to catch their biggest fish on a fly rod, now is the opportunity - chinook salmon, some cohos, and lake-run brown trout are running up the Lake Michigan tributary streams.  This is a unique fishery because we get the chance to target large salmon and trout that folks pay thousands of dollars in travel to Alaska or Argentina to catch and we’re doing it 1.5 - 2 hours from home.  Try to fish below the gravel beds, and please don’t snag spawning fish - it’s illegal.  If sight fishing, observe the fish first, look for the most aggressive fish in the group and get your fly in front of him - it may only be 10lbs but it’s most likely to strike your fly.  The salmon have no stomach so they’re striking flies out of anger and reflex, but the browns are eating salmon eggs and baitfish as well as competing for spawning territory.  Hot tip-the best time to fish the tributaries is 2 days after a good rain because it raises the river levels and brings a push of fresh fish in from the Lake that are most likely to strike your fly.

The smallmouth bass fishing on the lower Wisconsin River is still good because fish are taking advantage of the warm temperatures to put on the feed bag.  Hot tip - September is a sleeper month for Wisconsin River smallmouth because the fish are big, fewer anglers are targeting them, and they eat aggressively.  You don’t have to get on the water too early either.  When the weather cools down, the pike and musky will start eating heavily as well-use big baitfish patterns and wire leaders to avoid bite offs.  The upcoming cold front may put the smallmouth bite down temporarily so pick your days for bronzebascks - choose days that are sunny and in the 70’s and fish late morning to late afternoon for best results. 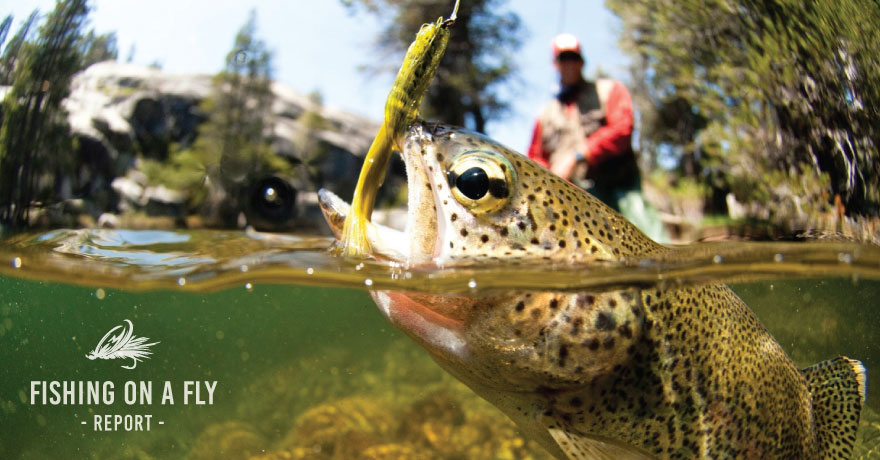 Free USPS Priority Mail Shipping is available on most orders over $99 to the Continental U.S., but does not apply to some oversized items. Orders under $99 are subject to the following shipping rates: