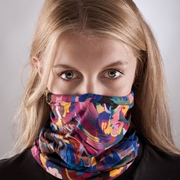 The original BUFF® tubular is a long tube made from a breathable and moisture-wicking microfiber. BUFF® tubulars are one of the most versatile items that we carry. BUFF® tubulars can be worn in a variety of ways, and in a variety of climates. In warm weather, I frequently wear my BUFF® tubulars as a bandana to provide some sun protection and keep my head cool, or as a headband to keep the sweat out of my eyes. In the winter, I often find myself using the same exact BUFF® tubular as a face mask, balaclava, or even a lightweight winter hat (it’s a perfect weight for vigorous cross country skiing or an early morning run).

This diagram shows a few of the ways that a BUFF® tubular can be worn: 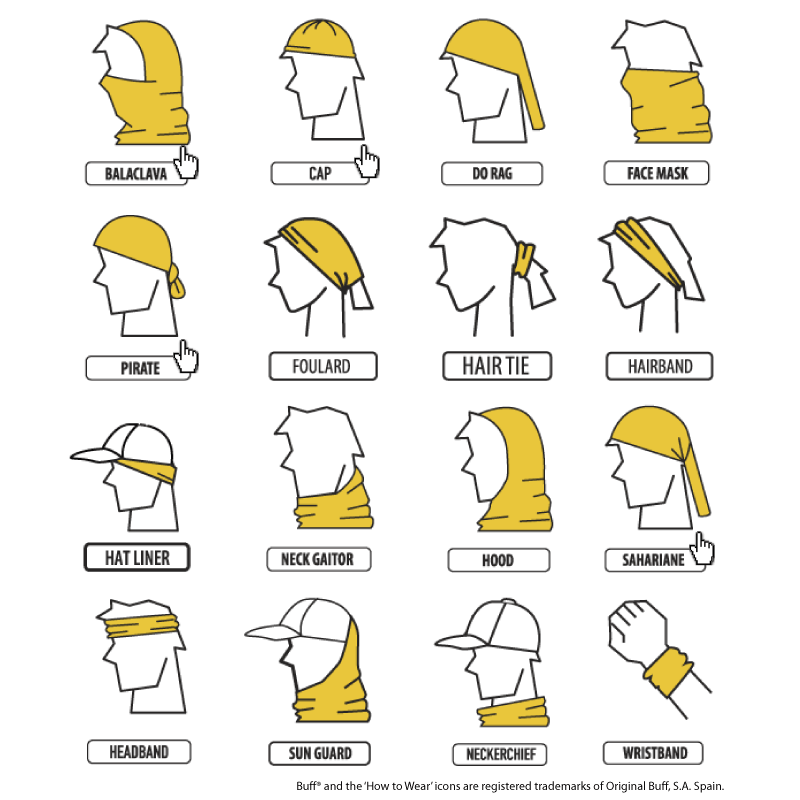 The versatility of the BUFF® tubular makes it a great piece to add to your arsenal. They also make great gifts!

Free USPS Priority Mail Shipping is available on most orders over $150 to the Continental U.S., but does not apply to some oversized items. Orders under $150 are subject to the following shipping rates: